I love canals, man’s grand attempts to tame nature and make her work for us. For me there is no more impressive canal in the world than the Caledonian Canal right here in Scotland. Thomas Telford’s route from Fort William on the Atlantic Ocean forges northeast to Inverness on the North Sea. It is a truly epic swathe that cuts through myriad manmade locks, as well as Loch Lochy, Loch Oich and Loch Ness. When I heard that small cruise ship company Hebrides Cruises were starting running trips along the canal I jumped aboard the first one. 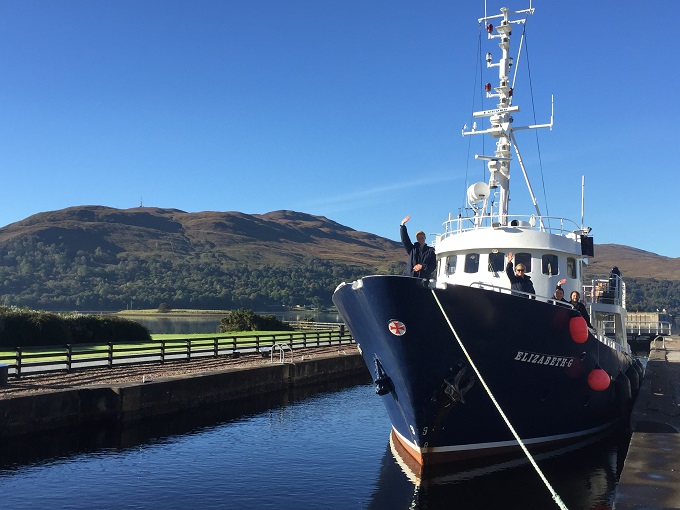 Hebrides Cruises have a new ship joining the fold next year, but I was on their original Elizabeth G, a sturdy wee vessel that had previously taken me out as far as ultra remote St Kilda. This was her first passenger voyage along the canal, but she took it in her stride. I like that she takes a maximum of 12 passengers, which ensured a personal vibe on board. My fellow passengers – a mix of couples and single travellers – were a friendly bunch, as was captain Cameron, bosun Sarah, walking guide Vivi and miraculous chef Martin.

The Elizabeth G proved the perfect base for cruising this remarkable waterway. We set off in brilliant sunshine (the whole six days were bathed in sun and blue skies) from Oban, cutting north for the entrance to the Caledonian Canal, Neptune’s Staircase. With eight locks, this jaw-dropping sight is the longest staircase lock in the UK and it took us a good few hours to navigate our way through it the following morning – with Ben Nevis haunting the background this was a pleasure. 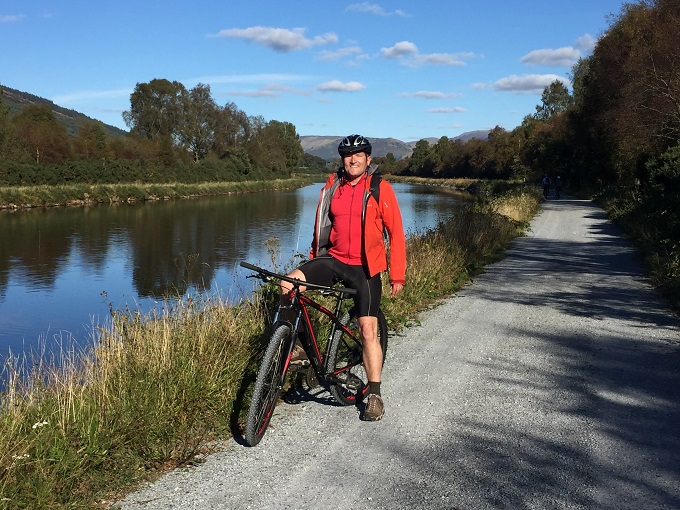 As we made our way steadily east I enjoyed the opportunity the slow pace of the days – you only cruise for a few hours a day – offered for getting off and exploring. The Great Glen Way and the Great Glen Cycle Route both run near the Caledonian Canal and I made good use of them. They keep some bikes and helmets aboard, so I cycled from Banavie to Gairlochy and (later in the trip) right into the heart of Inverness .

The Elizabeth G was also an ideal base for walking adventures. Vivi guided us up to the tumultuous Falls of Foyer, which were immortalised in verse by the likes of Burns and Wordsworth. She also led an otter walk and a slew of other guided nature walks, including one that foraged mushrooms for Martin to cook for a special dinner treat. 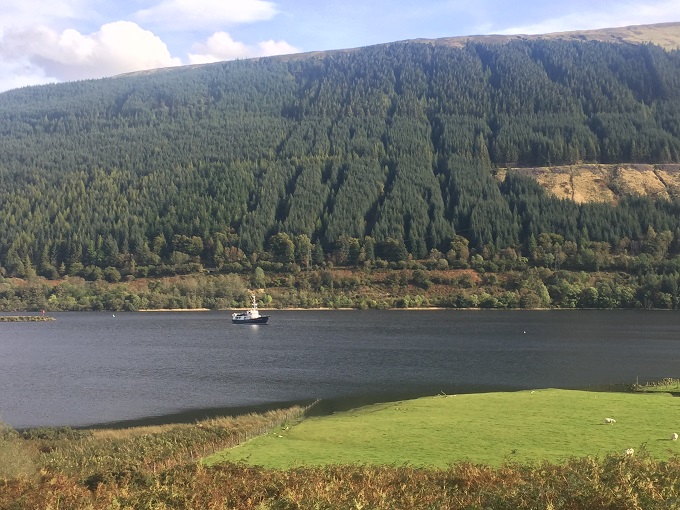 I took some self-guided walks too. I hiked the length of Loch Lochy snatching glimpses of Elizabeth G, as she puttered down the loch between rugged mountains and thick forests. At Fort Augustus I cycled to the foot of a small hill and climbed up to the summit, which gave me a great view over Loch Ness.

Some of the best views I enjoyed were at night. There was little light pollution at most of our moorings, so we enjoyed startling night skies. In Gairlochy I saw a trio of shooting stars in a half hour spell as I lay on deck with a wee dram. By day I liked the fact that being out on the water kept us away from the crowds and also offered a new and constantly changing perspective of places I knew well. Urquhart Castle looked even more charming from Loch Ness, as captain Cameron sailed in close for a grandstand view. The mountains added to the drama, with a volley of Munros charming us over the course of the trip.

The wildlife was another big draw. We saw porpoises as we left Oban, but the highlight for me were the mighty stags that we saw at different points during our journey. The red deer – the largest land mammal in the UK – were rutting and their murderous cries were bloodcurdling at sunset. The skies and waters were alive with birdlife, everything from cormorants and buzzards, through to herons and eagles. We also saw red squirrels around the Falls of Foyer. 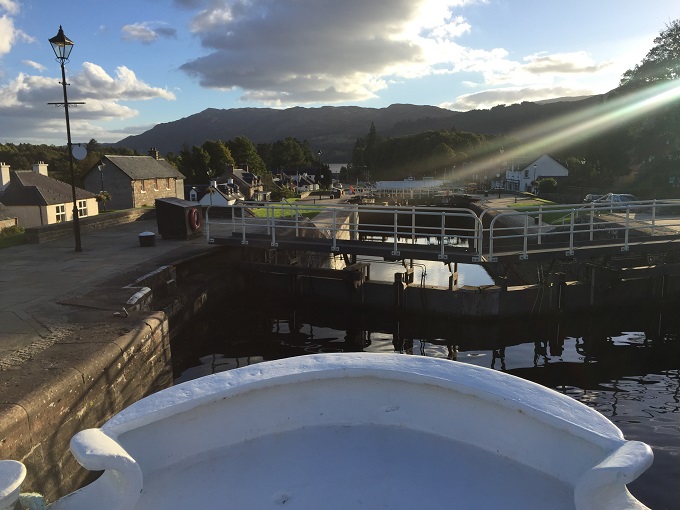 A crucial part of the experience, of course, was traversing the canal itself. Going through the locks was the most fun. The crew worked hard to tend the ropes and navigate the Elizabeth G, while I just chatted to the lock keepers and the curious passers-by we attracted everywhere we went. The most dramatic locks came at Fort Augustus where we descended through the village getting closer to Loch Ness with every lock and ending up by her banks.

All too soon my six nights aboard were over and it was time to leave the Elizabeth G at the foot of the locks in Inverness. I left having travelled the length of what for me is the greatest canal system anywhere in the world, glad I had explored her drama on the newest cruise ship option on the Great Glen, Hebrides Cruises.

This site uses Akismet to reduce spam. Learn how your comment data is processed.